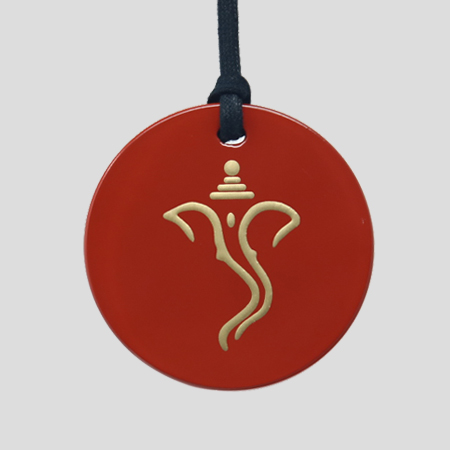 Ganesha Pendant – has Lord Ganesha son of Shiva and Devi Parvati, god with the head of a one tusked elephant.

Significance – Ganesha’s trunk symbolizes the wise person’s ability to have both immense strength and fine discrimination. His large ears reflect the ability to listen and to hear all.  Lord Ganesha is the remover of obstacles. He bestows intellect (Buddhi), prosperity (Riddhi) and spiritual powers (Siddhi). While gazing at the beautiful image of Ganesha, chant his mantra “Om Gam Ganpataye Namah” or simply the seed or beeja mantra “Gam”, feeling and knowing all obstacles are already removed.

Ganesha pendant is made in lacquered wood using MAKI-E technique.The choice of colors make this pendant elegant. We photograph all products to provide accurate information on the colors and design details however colors may vary slightly from the actual product. As these products are individually prepared by accomplished artisans with decades of experience through multiple step process and many of these are handmade processes please expect piece to piece product variations. Each piece is beautifully one of a kind. EKAH pendants are for people pursuing spirituality elegantly and in style.

Keep it away from sharp pointed or hard objects to prevent scratches clean with soft cloth to remove finger prints and smudges.

We are here for you – connect@ekahone.com

There are no reviews yet.

Only logged in customers who have purchased this product may leave a review. 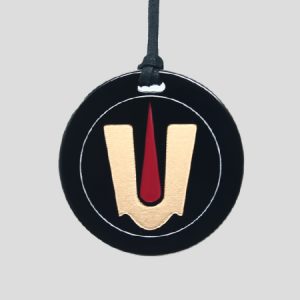 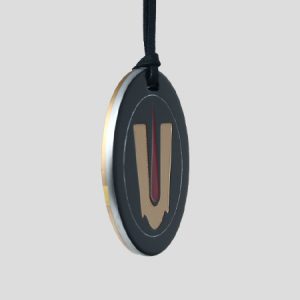 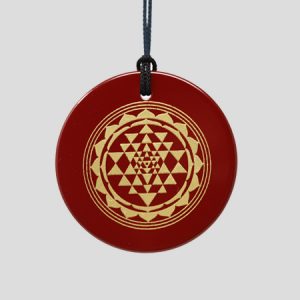 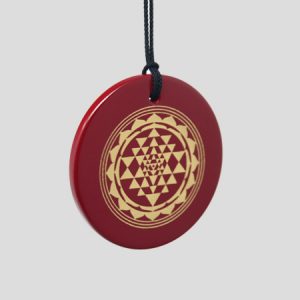 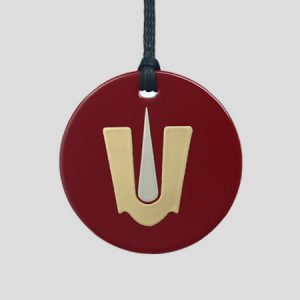 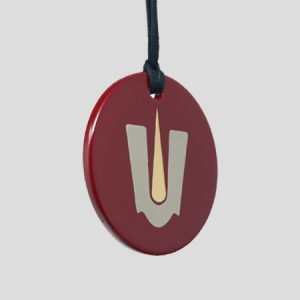 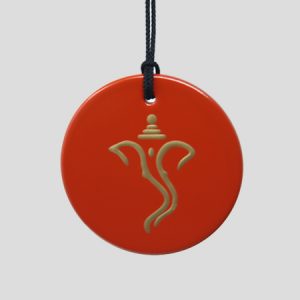 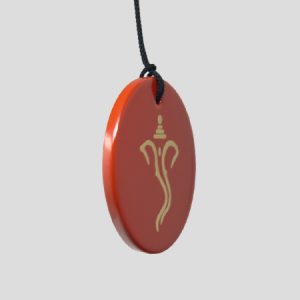